Hanne Dybwad Dale’s recent survey (2013) show that most people knew what was British or American.

Words almost everyone had correct:

Words many had wrong:

How old are you?

Where in Great Britian and USA, people from  Briskeby has been: 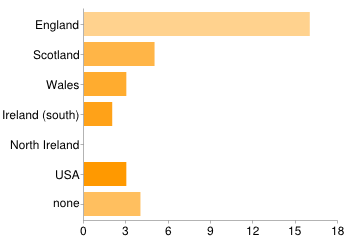 Survey “British or Amarican” is conducted by Hanne Dybwad Dale at Briskey vgs, Lier/Norway, March-May 2013.
20 people participated in this survey.